Kajsiab Children Education: Up to College 3 of our young people at Kajsiab will go to college upcoming year – that is – only if we can find funding. 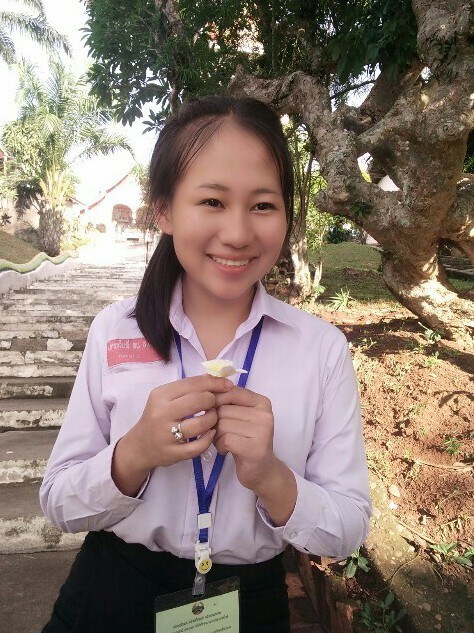 This is Lily
We have been very worried about Lily the whole past year. Lily graduated and needs to go to college. Lily is an orphan who first went to orphanage school.
She never had enough food and therefore now she is struggling with pains many times because her belly had to suffer so many years.
When she turned 16 and told everybody she wanted to become a doctor, her brother brought her to Kajsiab Laos. Most of the time girls marry around this age ....so it was safer for her to stay with us.
Because we could not afford medical school Lily is now in Vietnam learning Vietnamese and English. Upcoming school year Lily needs to go to the medical school and college.
We believe Girls with Dreams become Women with Vision. We believe Lily can become a great doctor.
We hope to find a fund to support her to make her dream become reality. Po-Ong was born in 2002. She is now 18 years old.
She was born in a village called Ban Pha Deng
She has 4 younger siblings, 8, 10, 11, and 1,5
Po-Ong's parents went to jail last year because of false accusations about selling drugs. Afterwards is was found out by police and two police officers are now in jail because of this crime.
Po-Ong ran away because my grandparents did not let her go to school. Then she heard about Kajsiab Shelter and lives now with us.
Po-Ongs parents know about this. Her parents have always been very good to her and supported her to go to school even this is very modern for a girl in the mountain villages. Normally a girl gets married at 15 or 16 years old
Po-Ong had many personal problems after she arrived here 1,5 year ago. She suffered and had emotional problems, but now she is doing much better.
Po-Ong wants to go to college and wants to learn to work in a bank or in an office This is Leej, who lost his mother at 8 years old to cancer.
It was horrible to see her suffer for years (imagine not in hospital but in a bed in bamboo). After her death, his father was not much around so he had to beg for food in different houses. Finally, he could stay with his older brother who married but his wife did not look after him.
Zjong visited him one day to find out his arm was broken for 2 weeks already and nobody took him to the hospital.

The whole past year he had been escaping to Kajsiab Shelter during the days because in his village was a gang his age selling drugs and they kept trying to get him in the gang.
Then Zjong took him in. He has been now at Kajsiab for 4 years.
His father remarried and after the first year he died (2 years ago) to heart attack. Leej's stepmother has now advanced cancer spread to the lungs.

Leej is an example for many people in the western world. He struggled so hard but never gave up and he is very dedicated. He is every single day learning website design for one or two hours since February. He almost never misses a day. Even now, when it is his final month before graduating.
After that he wants to continue to study, but we have not found any funds yet.

It is so very hard to find funding for all these kids. We have 20 children and only partly funding for 3 of them.

This is what Leej made a few weeks ago: https://daauwvillagelaos.com/post-2-may-2020-leej/

Kajsiab Children who go to Highschool and need support to pay the school fees: Kajsiab Children who go to Dream school and need support for schoolfees: Happy Lao Newyear to all of you

Moments of patience, dedication and wonder