However eventually the brother also got addicted and instead of her late
husband he sold all land and the house to feed his addiction. After a fatal
moterbike accident she became again a widow.
Now she has no house and land left and went from house to house to try to stay
for a few weeks here and there, owning nothing, not being able to give anything
back and feeling left alone and not worthy of anything in this world.Then, last year, one of the founders of Kajsiab found out about her and after
some talks with her and family members she decided to come to Kajsiab, to
learn skills and calm down for a while, growing self esteem and trying to focus
on a new future where she would be able to take care of her own family.
Now Ning has been with us for a while and after being so very shy and not able
to have contact with volunteers, she is finally opening up, as also her children.
They finally start to feel calmer and at ease, trusting they will have a place to
sleep and food to eat in the evening. 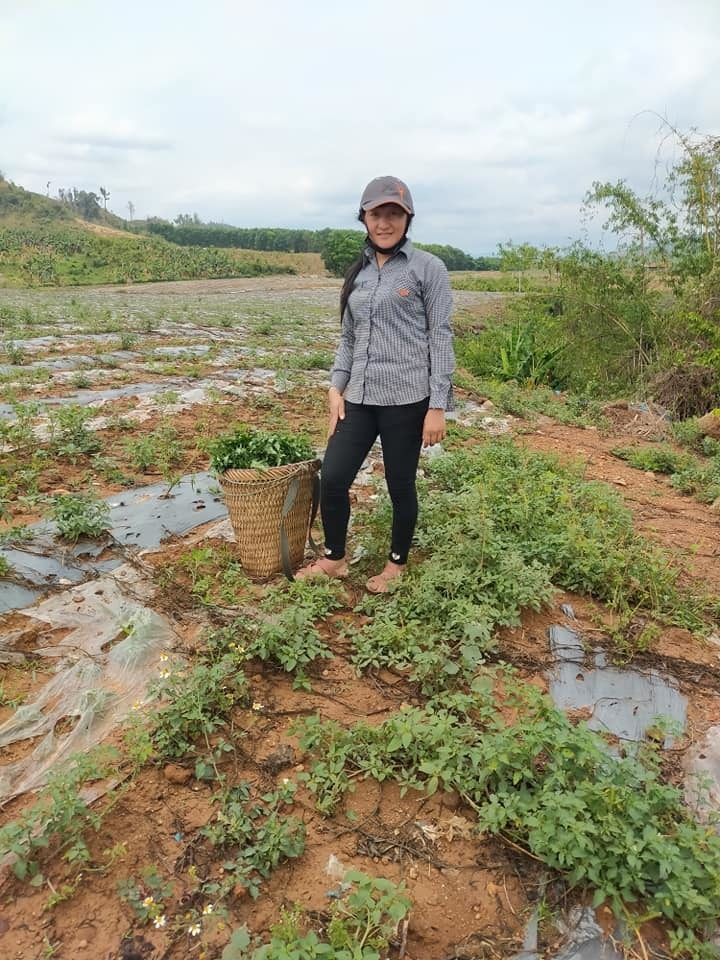 Ning
Ning has been with us since almost one year and she will stay at least 3 to 4
years to learn how to build up a self sustainable life. She stayed with us with
her two children since the end of 2015 and because Kajsiab tries to encourage
mothers to stay with their children she brought her two other children to
Kajsiab since a few months (the new schoolyear). In total she has 4 children,
Ning has had a very hard time.Her parents died at age 14. She married right
away and was lucky enough to marry a good guy who truly loved her.
After three children however, he - like many men in the small villages - got
addicted to the very agressive drug that destroys many families in the
mountains. He loved Ning deeply and was strong enough to keep her land and
ricefields and house, but felt he could not take care of her anymore and killed
himself.
Ning has been such a good wife and mother that her husband's family accepted
her in their own house. Then they decided his brother should marry her.
Evverybody including Ning agreed and she got one more child from him.